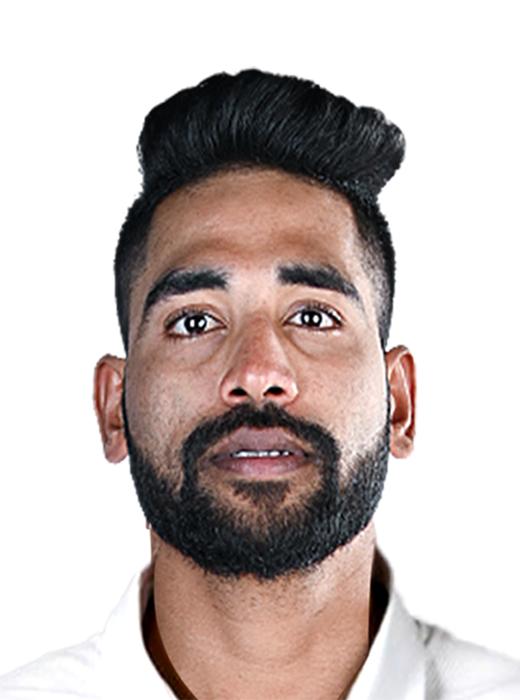 Mohammed Siraj's rise as a seamer was remarkably swift. The son of an autorickshaw driver in Hyderabad, he only began playing the game in class seven. It was in 2015 that he first bowled with a cricket ball. In 2017, he bagged an IPL contract worth INR 2.6 crore. Months later, he was wearing an India shirt and bowling in a T20 international against New Zealand.Sturdy and athletic, Siraj has a deceptive run-up, which initially suggests that a left-arm bowler is steaming in. He is, however, a right-armer and by his own admission is a natural at getting the ball to swing into the right-hander. He has always been able to bowl a pretty quick bouncer though, something that had impressed his captain David Warner and team mentor VVS Laxman in the Sunrisers Hyderabad set-up. Potential translated to performance when he was his state's highest wicket-taker playing only his second season of Ranji Trophy - 41 wickets in nine matches. He was subsequently picked to play for the Rest of India and was brought on board by the India A team as well for a tour of South Africa in July-August 2017. The step up to the big league arrived soon after. 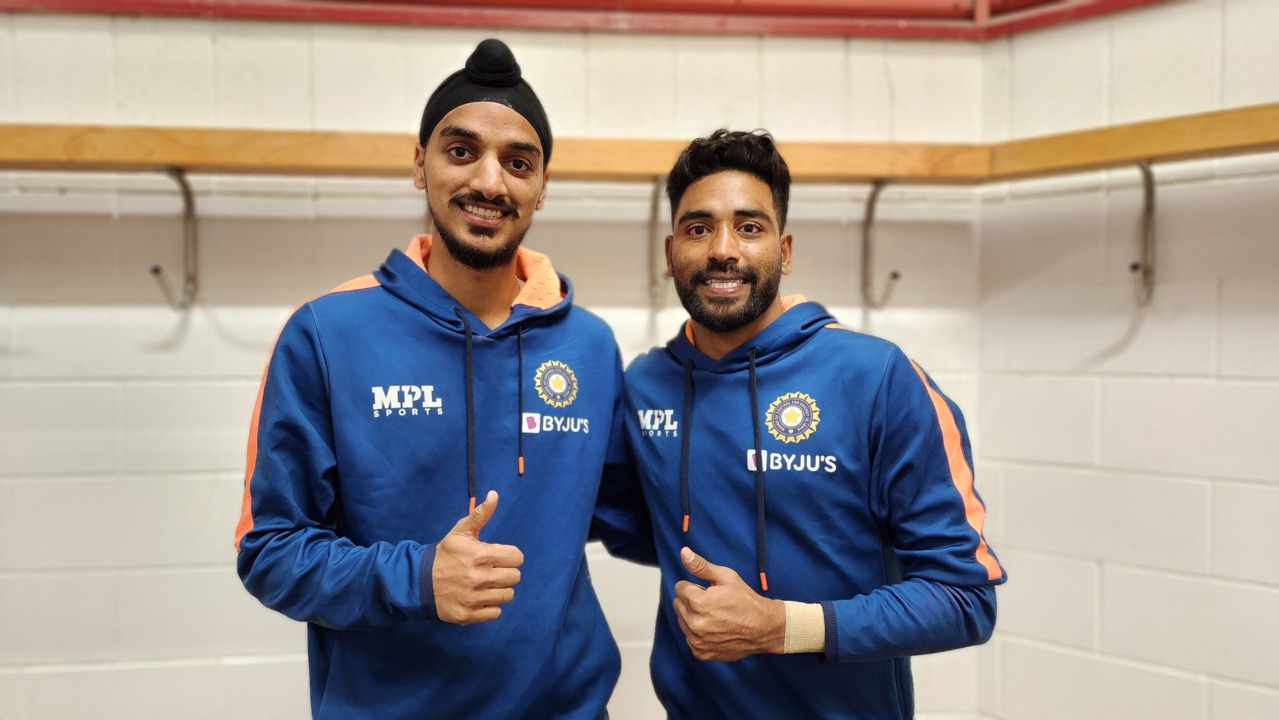 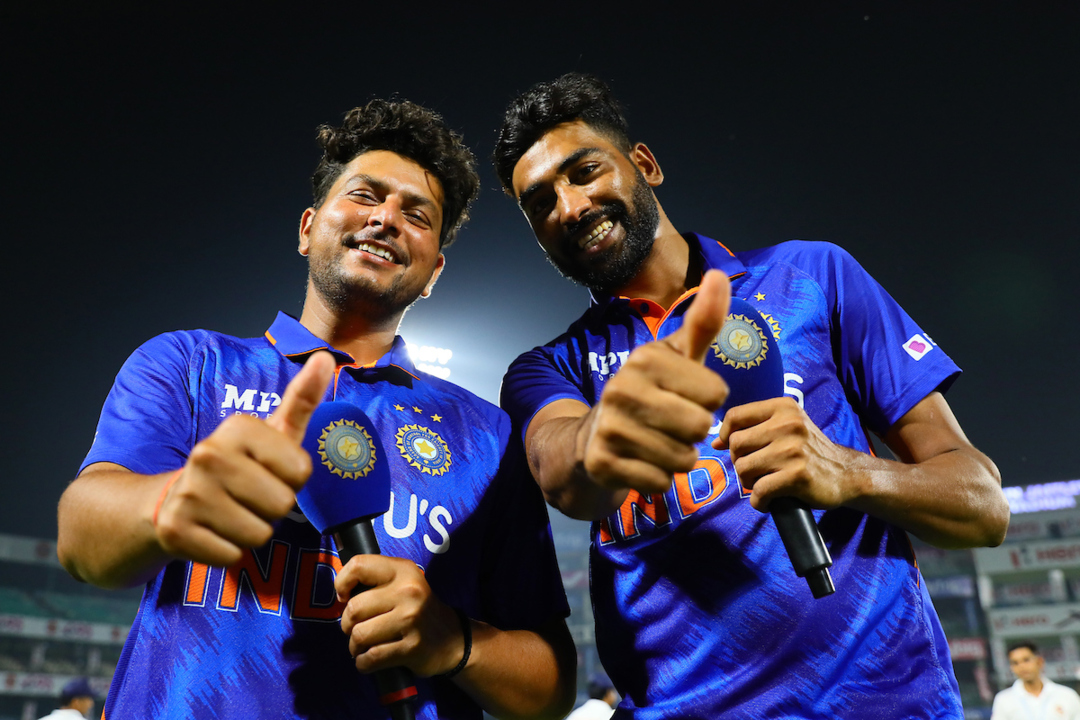 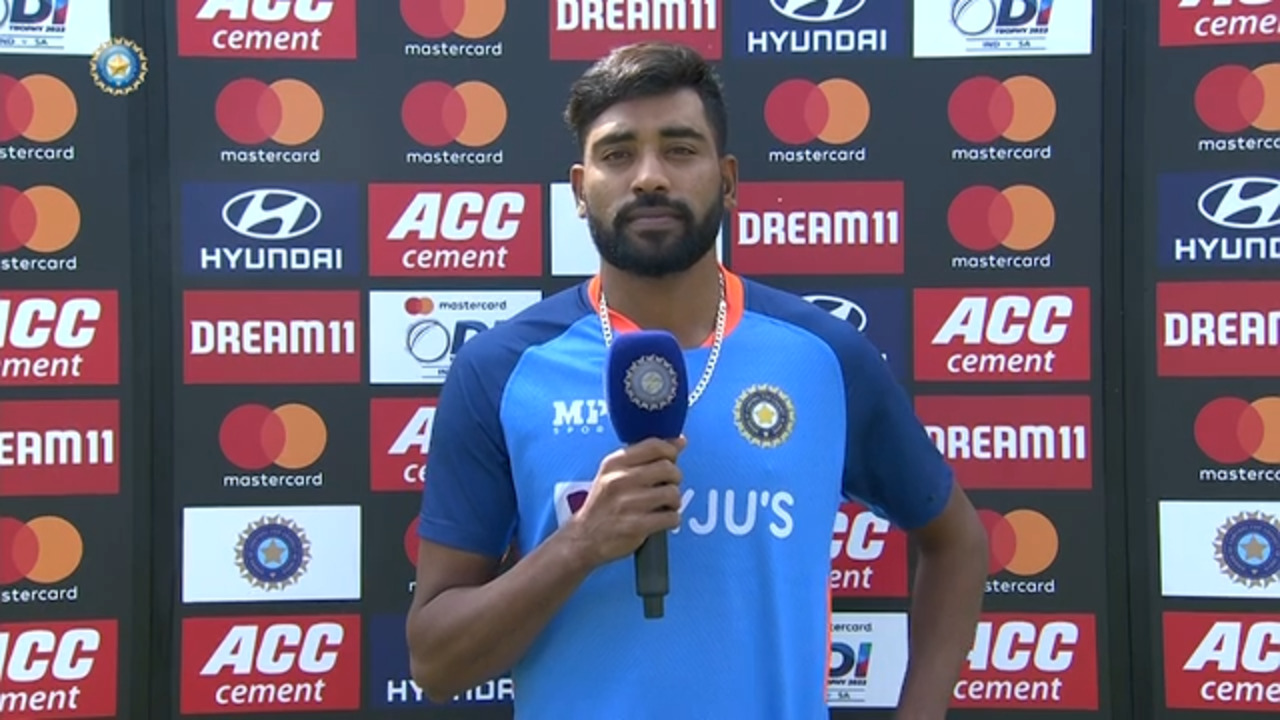 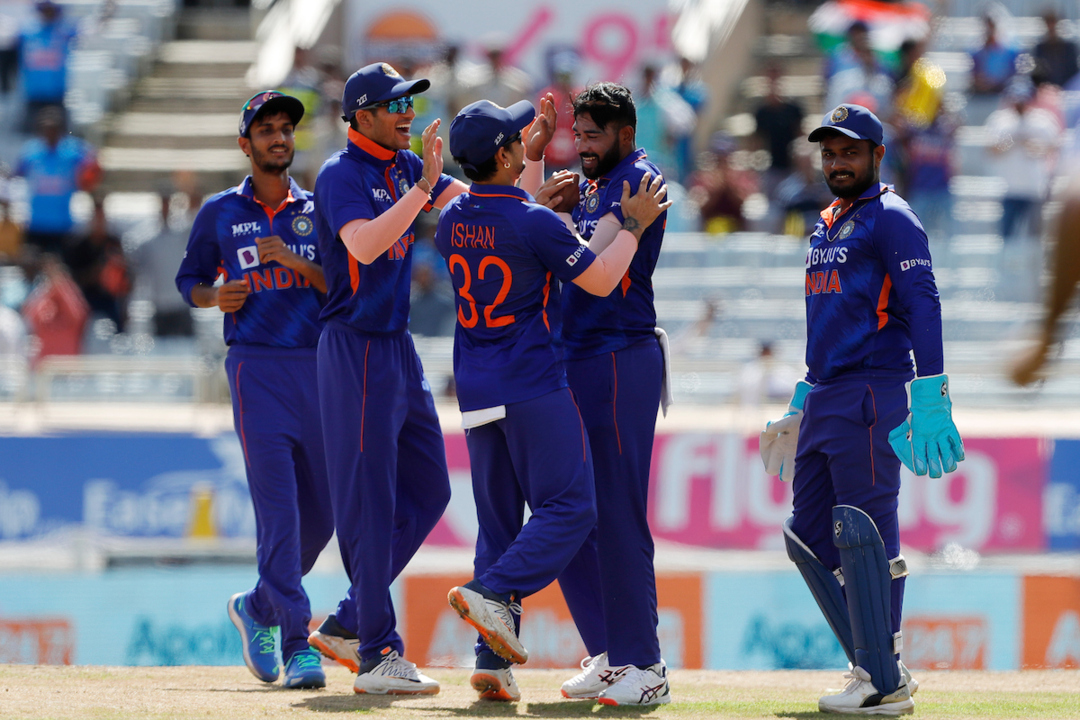 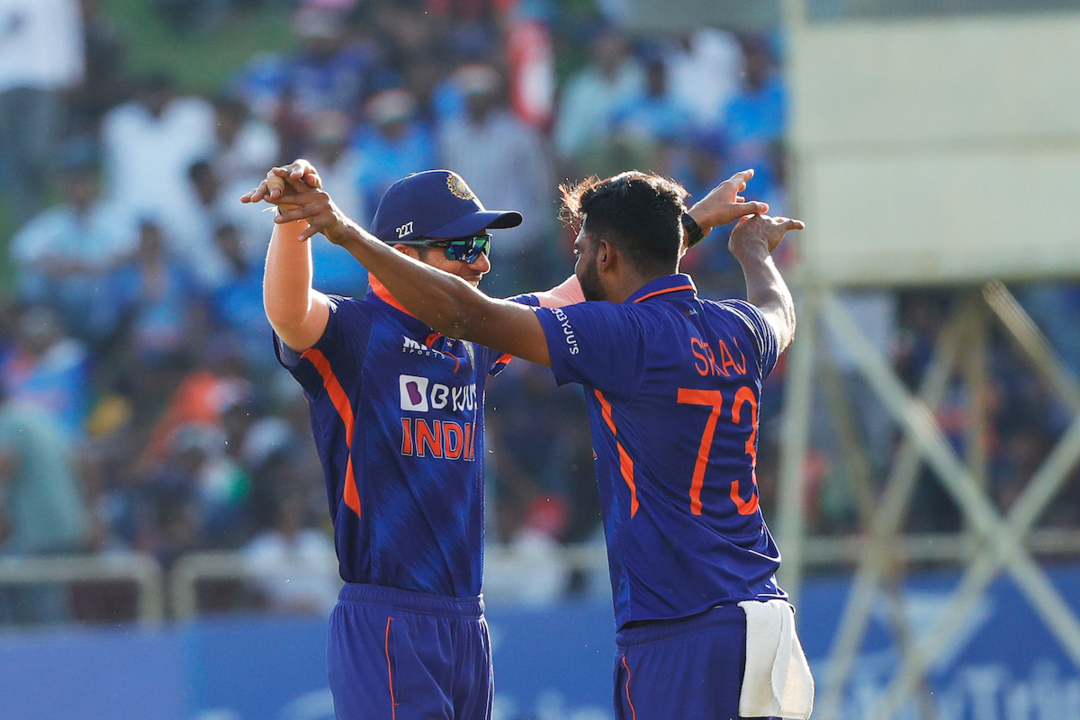 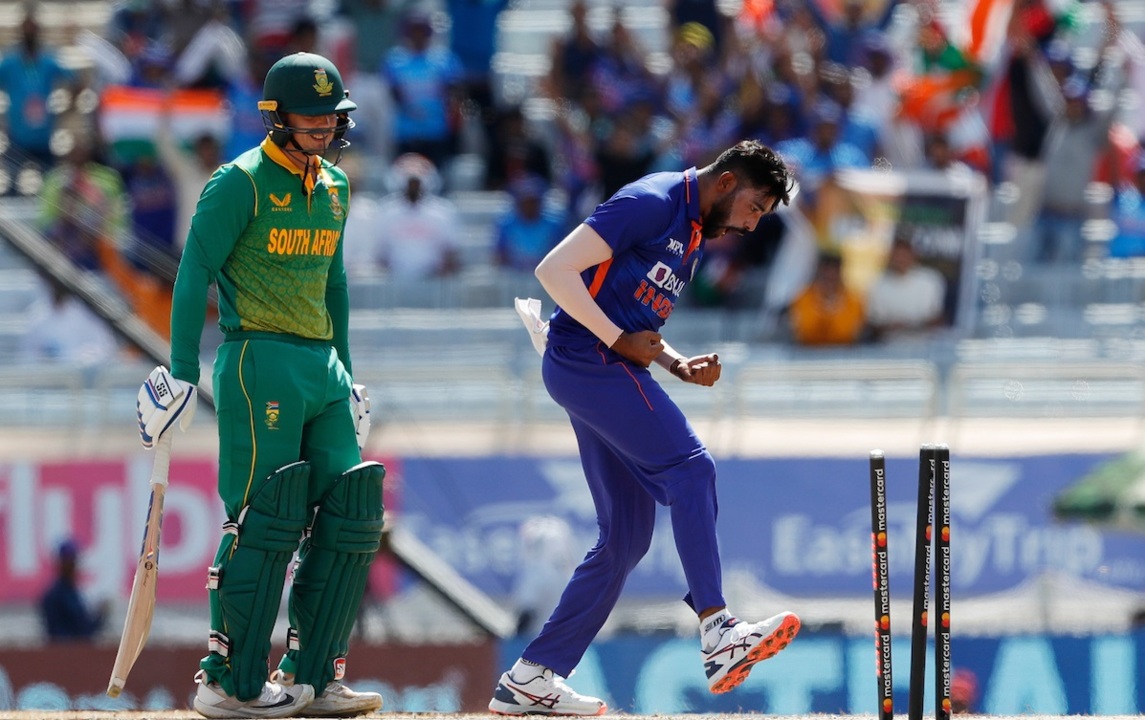 Chopped on - Siraj gets Quinton bowled