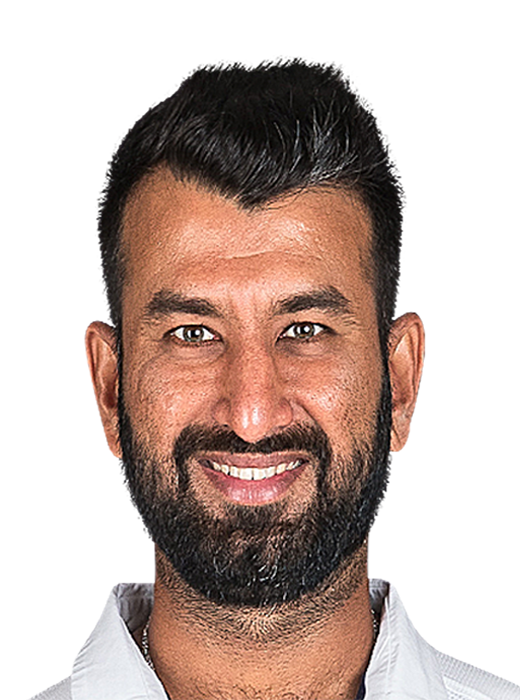 One often relates adjectives like principles, dedication, hardwork and patience to one of India’s batting mainstays - Rahul Dravid. After Dravid hung up his boots, these words found a new meaning in Cheteshwar Pujara, someone who went through the rigours of domestic cricket scoring mammoth individual scores on the flat tracks of Rajkot and Saurasthra. When Pujara scored a ton, he wouldn’t stop there; he would take a fresh guard after his milestone and concentrate on every ball to convert his hundreds into daddy hundreds. Even before he made his Test debut in 2010 against Australia, Pujara had already scored a triple century and a couple of double centuries. His first-class career was exceptional with 26 centuries and over 8000 runs with an average of more than 60. Such was his caliber as a batsman that the expectations from him were huge even before he took his initial steps in international cricket. On his Test debut, he scored a vital 72 in the second innings against Australia in Bengaluru when India were chasing 207. His gritty knock won him applause and Pujara was touted as the next No.3 for India after Rahul Dravid's exit. Pujara did realise that those were big shoes to fill but he showcased his eagerness and hunger for big scores every time he walked out to bat. He has the game and technique to tire out oppositions, bat time and score runs in the process.His back-foot punch, the sweep shot and the cover drive are like poetry in motion; a visual treat for every cricket enthusiast. He showed a lot of steel when India toured South Africa in 2013 as he notched up his first overseas ton against the likes of Dale Steyn and Morne Morkel. Though known for his heroics in the longer format of the game, Pujara has not been able to make it in the mix in ODIs. Many place him in high regard even in the shorter formats of the game and believe he could be India's key player in ODIs abroad. The heart-racing Irfan Pathan final over Beauty of a run-out from Irfan Pathan