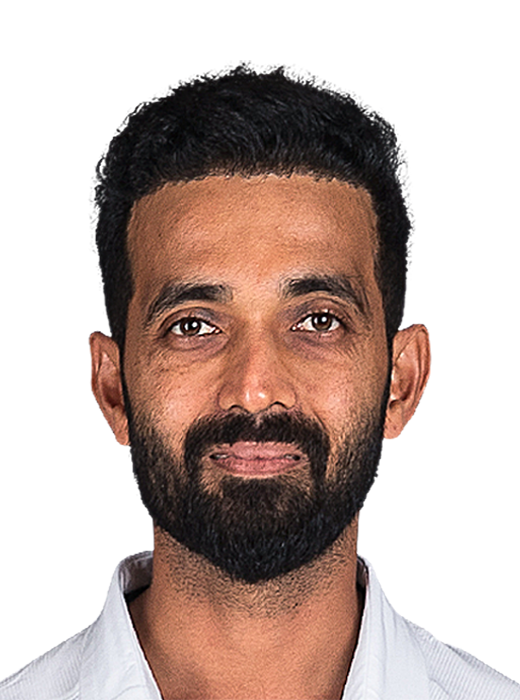 Ajinkya Rahane is an example of a batsman from the traditional mould with a typical script of a Mumbai lad with a dream of making it big in the game of cricket. Like most Mumbai boys, Rahane too had a unique love for cricket and the childhood dream of representing the country one day. He belongs to the list of already famous Mumbai batsmen who were prolific in the domestic circuit and represented the country at some point of time. Discipline and dedication are two features one would associate Rahane with, the two qualities that every sportsman needs to excel in sport. Season after season Rahane did all that he could - score and score big; with a view to catch the right eyeballs. His dream to don the Indian jersey finally came true in India's tour to England in 2011 wherein he scored a half century in five ODI innings. He showed confidence and promise in that tour and was given an olive branch to be a part of the Indian batting line-up in the series to follow. Rahane's temperament was gifted with a Test call-up in 2013 against Australia and the middle-order batsman replied in kind with gutsy knocks overseas. He felt agonisingly short of his maiden Test century by four runs in a fighting knock against South Africa in Durban but he made amends and recorded a century against New Zealand in Wellington. His moment of glory though came in 2014 when he batted out of his skin on a green top against England at Lord's. That innings defined his character, hunger for runs and willingness to succeed as Rahane looks to cement a permanent spot in that Indian middle-order. We are trying to take it one game at a time: Ajinkya Rahane Will take confidence from Lord's Test win to Headingley: Rahane Playing with freedom and fearless cricket is important in the WTC Final: Ajinkya Rahane I was in a different zone: Ajinkya Rahane Vijay’s concentration was most impressive: Rahane Rahane calls for patience and intent from batsmen