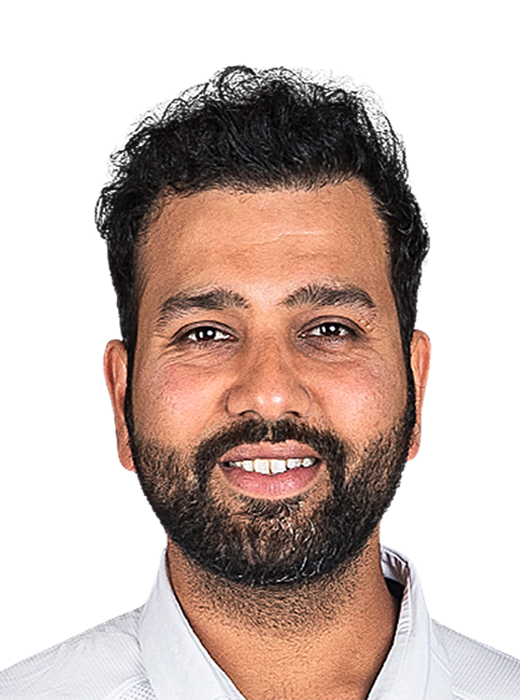 Popularly known as the Hitman for his hard hitting skills, Rohit Sharma is a gifted batsman and an immensely talented cricketer who is pleasing on the eye with his elegance and ability to time the ball. Each time Rohit Sharma walks out to bat, the word “talent” features more often than not amongst his fans and the cricketing circles. Rohit Sharma got off to a good start in his international career with crucial contributions in the T20 World Cup in 2007 and the CB Series in Australia. He almost made his Test debut in 2010 against South Africa but he injured himself on the morning of the Test match; Rohit would then have to wait for three more years to finally represent India in whites. Rohit continued to take giant strides in the shortest format of the game and attracted a lot of attention by achieving success in the IPL. He also led the Mumbai Indians to their maiden IPL title in 2013. His inconsistency for the national side though saw him in and out of the Indian team until he got a chance to feature in India's tour of the Caribbean in 2011. Rohit proved to be a revelation there and bagged the Man-of-the-series award. He later had an on and off career graph stringing in useful contributions for India in ODIs. He was then promoted to open the innings, a move that proved to be a masterstroke for India as Rohit began to prove his critics wrong batting with a lot of freedom and exuberance. He scored an ODI double century against Australia in Bengaluru; a feat that was achieved by Sachin Tendulkar and Virender Sehwag before. In 2013 he made his Test debut against West Indies in Kolkata and straight away made an impression with a century as if to say he belonged. He followed it up with yet another century in Mumbai against the same opposition which paved way for his entry into the Test side more frequently. He did have a poor run overseas but these are still early days in his Test career and India see a lot of potential in him in Tests as well. Our bowling was the biggest positive of the series: Rohit Sharma